This concept is centered around creating a flexible and self-organized city where buildings and urban space are highly influenced and managed by the people living there. We wish to create an anti-culture towards a tendency to segregation in a more and more individualized welfare state. A neighbourhood founded on a spirit of collectiveness, openness and democracy.

The first key step is to make a strong link to the surrounding areas with a public corridor that works as the green spine of the project. It accommodates space for biodiversity with local species found in the nearby mountain terrain. A ring road mark the proposed, new land division. The existing brick storage building is preserved and reformed into a market hall with local food sales. Two city blocks are placed on the land linked in scale and proportion to the city center of Bergen. They create two direct connections from the Møllendal main street to the Møllendal river park. Openings and displacements are added to the blocks creating a sense of human scale and relationship with the nearby urban fabric. Further density is added into the courtyards with a trio of buildings forming a kindergarten and greenhouses that backs up the new reformed market hall. Each building cluster defines the identity of the courtyards and embrace movement and life during day time. The final key step is to create a new extension of the coast line – a new archipelago with a water promenade and a potential new leisure destination. 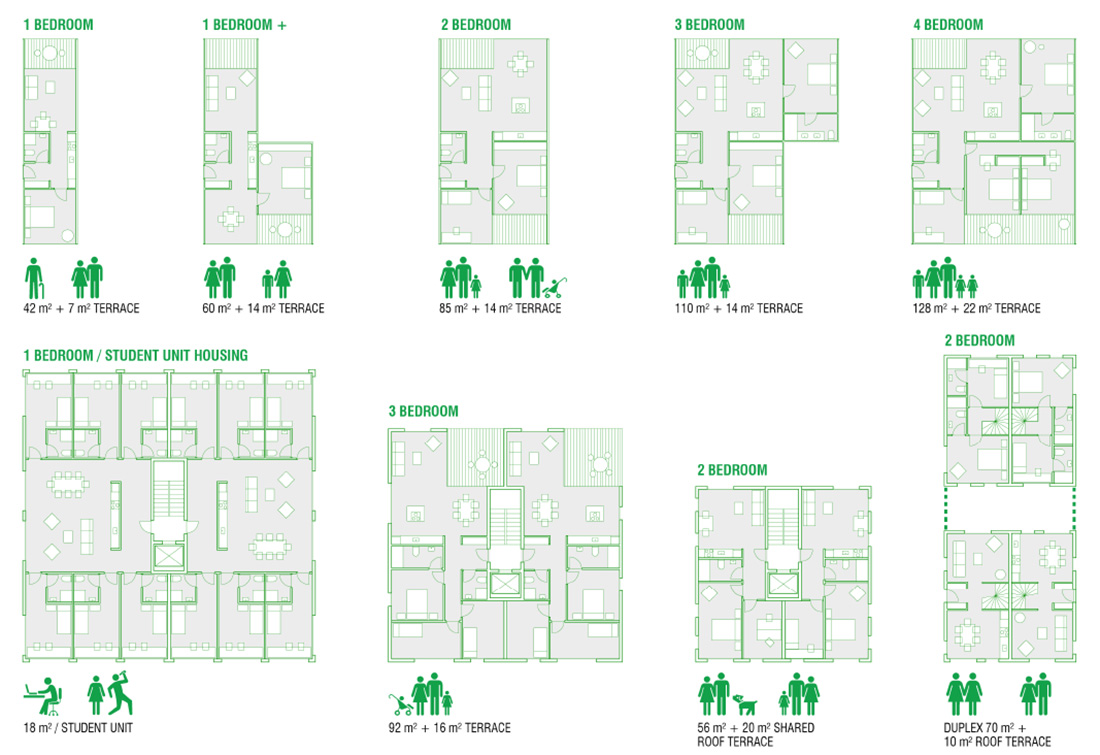 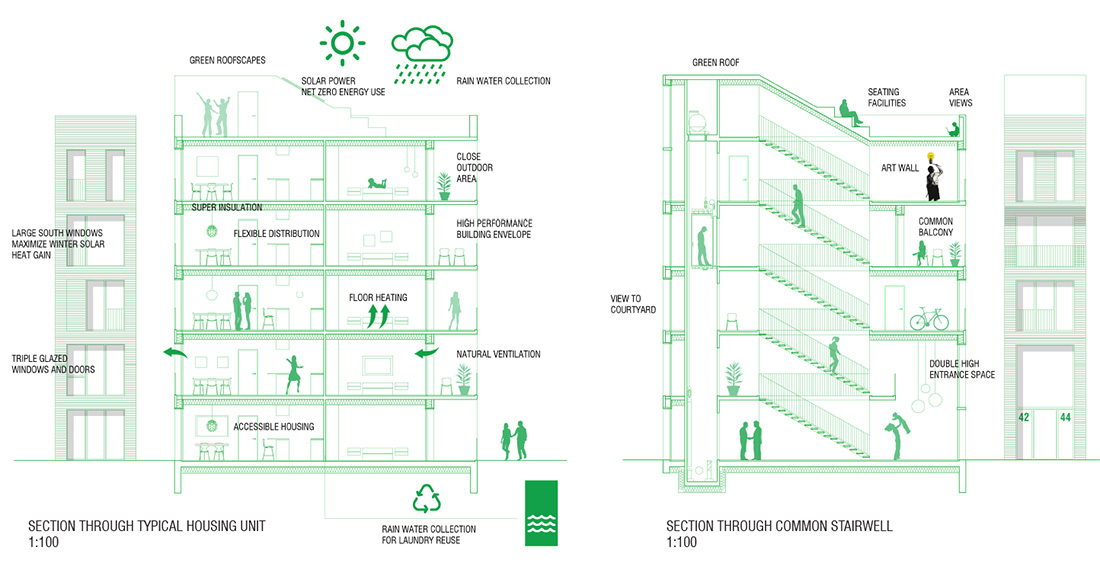