The Gothic neighborhood and Raval are defined by a network of narrow streets and small squares. We propose to add a new layer to the existing street layout and create a new urban path the size of a narrow street in Raval offering a different, vertical setting – as alive and vibrant as the rest of the city centre. At the same time we would like to capture the fragments of the urban puls, making an interpretation of mosaics as a reference to Mediterranean building tradition and Gaudis organic shapes. The project itself consist of stackable prefabricated units that create a double spiral, a private hostel area and a public street for the people of Barcelona where they can take a stroll, get off at any level using the elevators or sit on the stairs and play the guitar. We would like to create a reference point for the tourist, the local, the visitor, the neighborhood and the city. 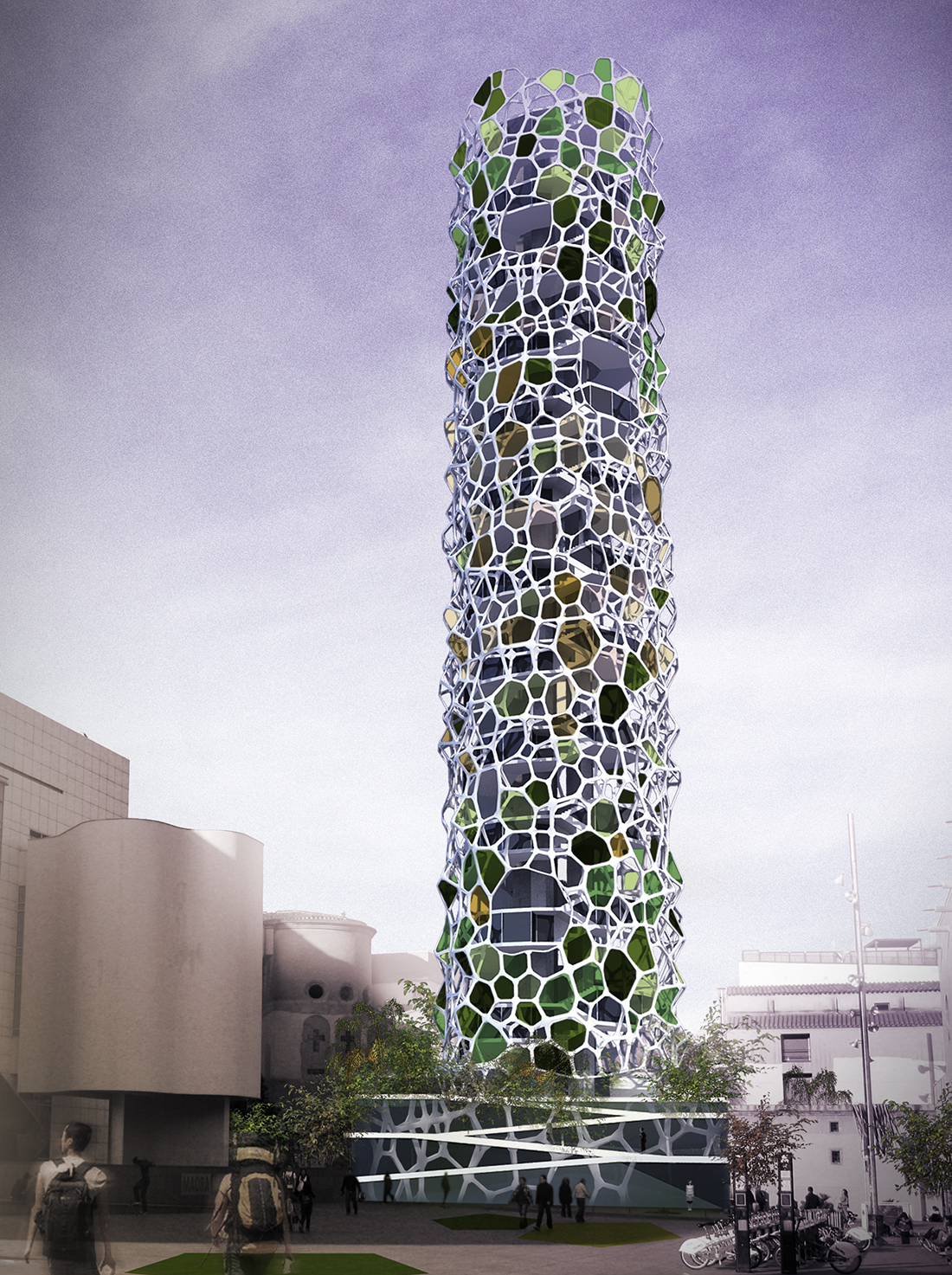 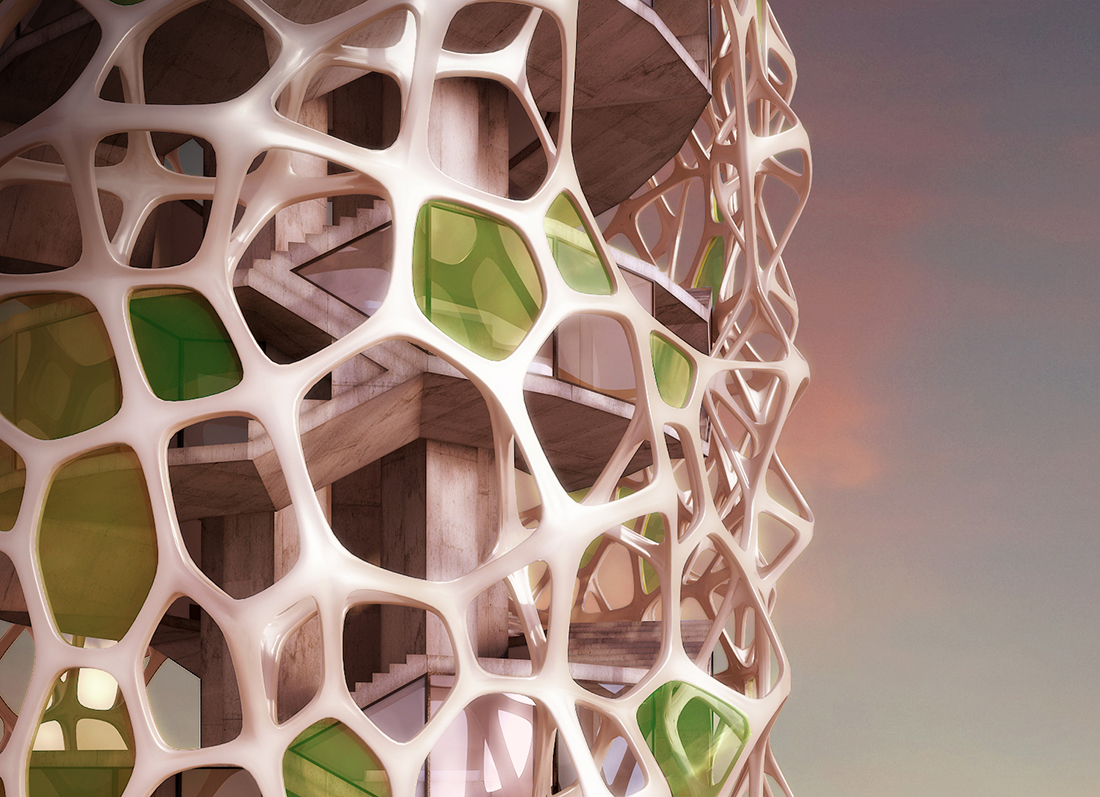 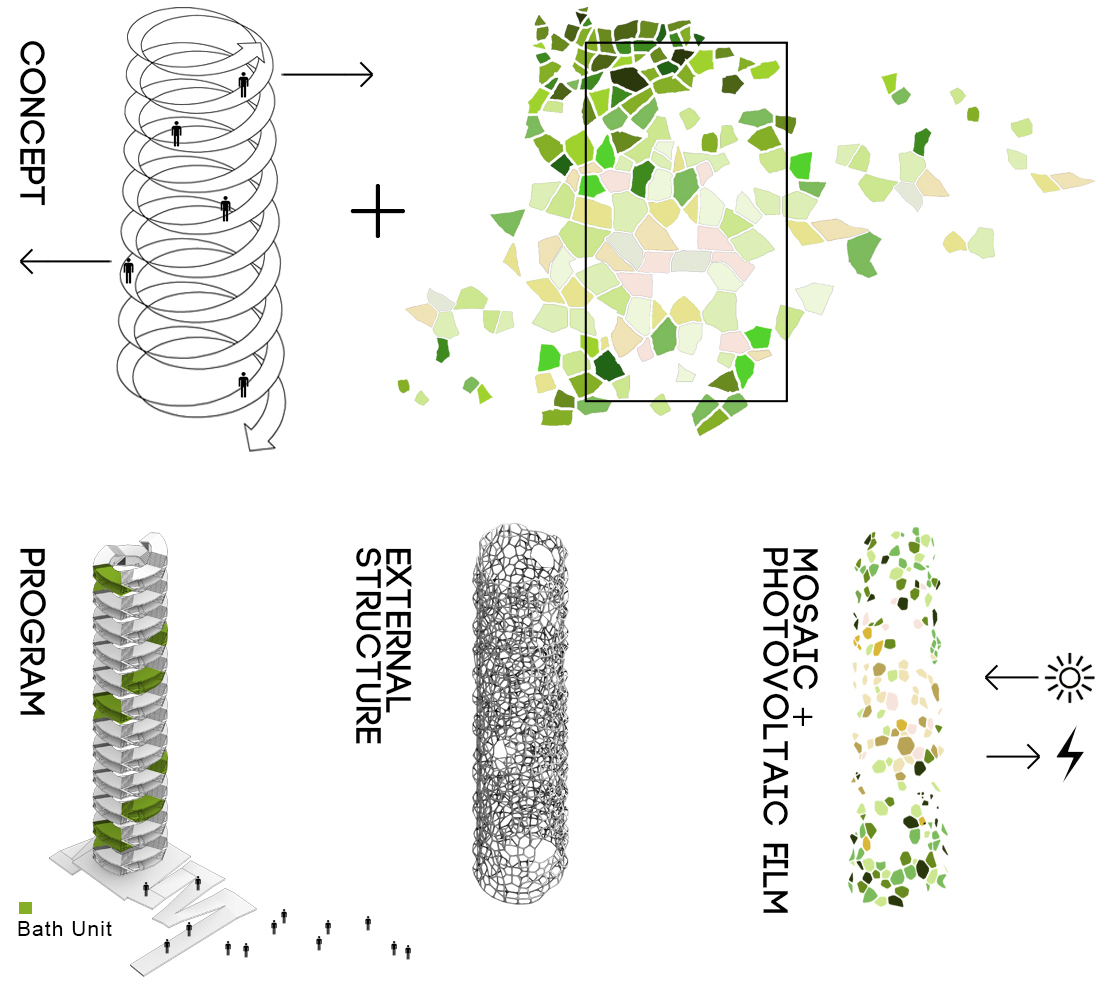 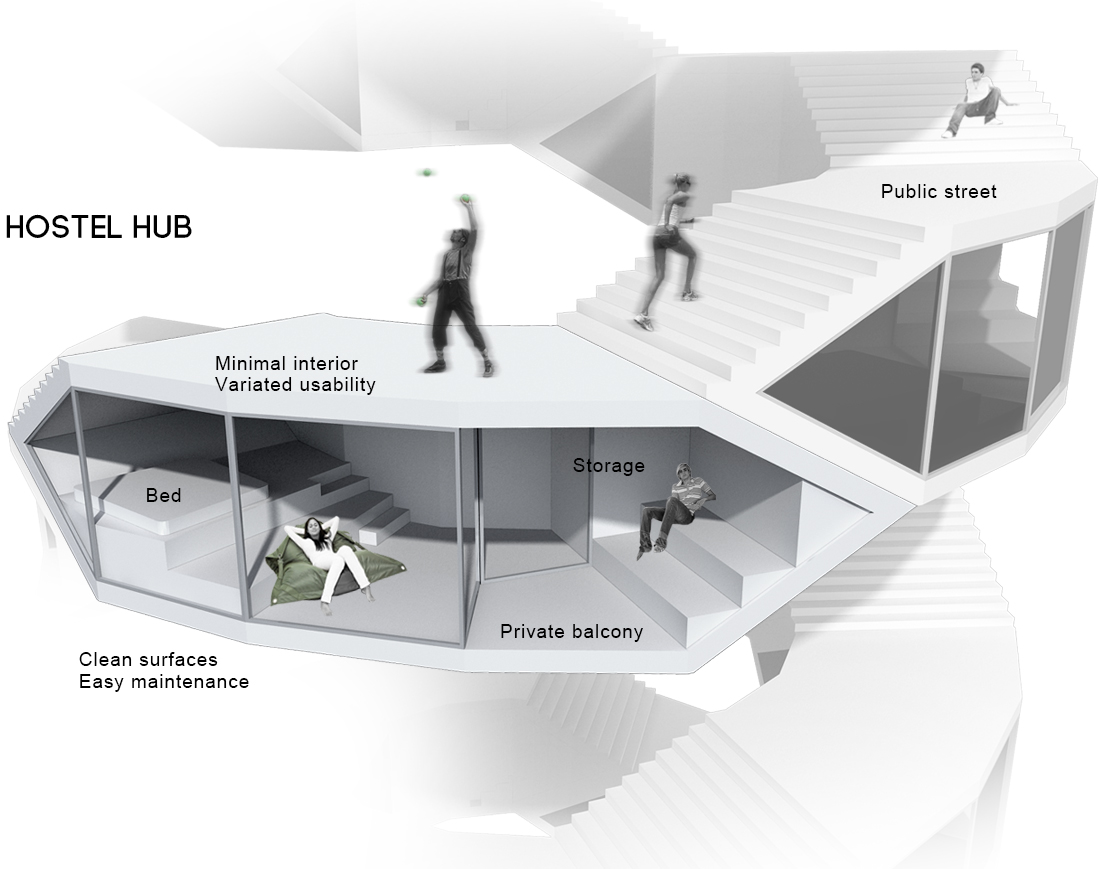